We had some professional photography done and are glad to share this unique shot!  A few different options to use  as the background  / wallpaper of your PC, Mac, Phone and/or Tablet. Directions for most devices below the image links section…  And if you have any suggestions for other wallpapers you’d like to see, leave them in the comments down below.

END_OF_DOCUMENT_TOKEN_TO_BE_REPLACED 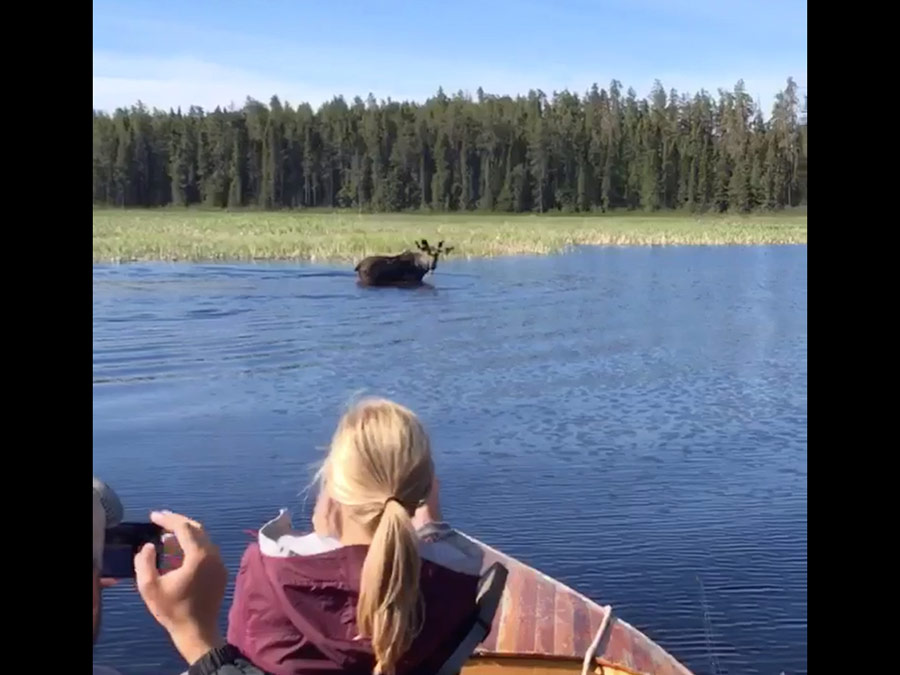 See videos, photos and audio below, but first…

Coming up Highway 17 in Ontario from the border, the Agawa Indian Crafts store and gas station is closed indefinitely. This had been a useful stop for restrooms and gas, as it was a mid-point.

For fuel coming North if you don’t stop in Sault Ste Marie, about 42 miles North (just before Agawa Indian Crafts) is The Voyageurs’ Lodge & Cookhouse, with a general store and gas station open until 8:00 pm.  The next gas stations are not for 100 miles until you reach Wawa (141 miles from Sault Ste Marie), with one Esso station along Highway 17 and a few more if you take the turn-off and head into Wawa. The Wawa stations all close at 9:00 pm.

For a midway rest stop with clean bathroom, Keurig coffee for purchase, and a very scenic short walk along the shore of Lake Superior — stop at Agawa Bay Visitor Center & Campground (at the 1105 kilometer marker).  Located pretty soon after you see the blue sign when entering Lake Superior Provincial Park, it’s 85 miles North of Sault Ste Marie.  When driving South, it’s 56 miles South of Wawa, just beyond the first bridge with the metal overhead structure.  Visitor Center is now open 9am – 8pm. Before Canada Day (July 1st, unless it falls on a Sunday) on weekdays the Visitor Center is only open until 5pm.)

END_OF_DOCUMENT_TOKEN_TO_BE_REPLACED

It doesn’t happen often, but the Isle of Jordan had a booking cancelled and is now open from June 29th – July 6th, 2019. If anybody is interested in this perfect location on the perfect date, call (888) 635-1996 or e-mail info@lochisland.com and we’ll get you in the book!  Don’t pass up this opportunity!  Cabin details here, sleeps up to 8…

END_OF_DOCUMENT_TOKEN_TO_BE_REPLACED 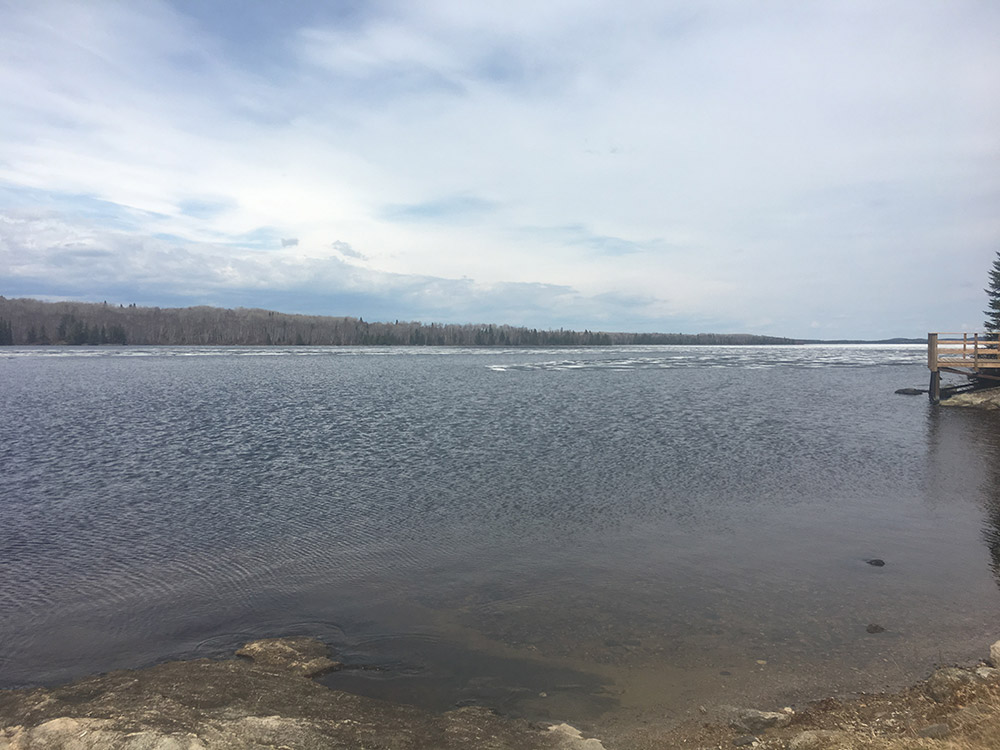 The thick ice (40+ inches) we got this year at the lake is going out finally, and glad to announce that our May 18th opening day is not affected.  We’ve been up here for a few weeks getting the cedar boats sanded and varnished, and preparing things at Camp Lochalsh.  And with the ice now going out, we’ll get up the lake and have both Loch Island and the outpost cabins ready for all of you coming up for our opening week.  Looking forward to seeing you all soon for the start of our 2019 season!

– More photos soon of our activities and prep, but wanted to let you know the good news for now…

The lake and fish await!
-Andy, Amy and the Staff

END_OF_DOCUMENT_TOKEN_TO_BE_REPLACED

Well, it’s sprung in Sault Ste Marie–– barely. It’s been almost three weeks since we snowmobiled in to check on the lodge. It was dead of winter at the lake. Just about everything weathered all right, with only some minor damage from snowload at Camp Lochalsh, so we were lucky. The winter was a hard one, lots of snow and ice all over. At the lake, it was even more brutal than in Sault Ste Marie.

Four of us ventured in, traveling via snowmobile all the way from Dubreuilville. It was no problem getting around the lake, with a good 40″ of ice; there were no thin ice concerns. The first stop was Camp Lochalsh. All looked good there with the exception of a partially collapsed roof on the Crow’s Nest. It’s salvageable, though, without too much work. From Lochalsh, we trekked up the lake to Sandy Bay, then Otter Island. Both locations had no damage. After that we went all the way to Isle of Jordan, then back to Loch Island. It was with much relief when we determined that all was well at those locations, too.

It won’t be long now until we venture in with the staff to start varnishing boats, getting cabins open, and stocking up on supplies. Opening day is May 18th and we have lots to do! For those of you who have not made a reservation yet, we still have some open dates in June, July, August and September! Check with us to see what’s left and we’ll get you in. There is so much in store for this summer!

Here we are looking at the lodge on Loch Island. Not much snow stays on the roofs there due to wind whipping down the lake from the North!

We’ll see you all soon enough up at the lake this season!
– Andy

END_OF_DOCUMENT_TOKEN_TO_BE_REPLACED

The 18 foot hand-made boats we, and many other Canadian lodges, have relied on for years are now available for purchase in the US. (As well as many other boat models, canoes and rowboats.)
- More info about 18 foot Lake Nipissing model we use here:
Whitefish Bay Boat Works

Aug 2018 – This was our third visit and it just keeps getting better. The staff is spot on – always. They are always there to help in anyway while treating you like family (a warm and friendly family that is).… “Amazing Week”

July 2018 – Great place to relax and catch fish. Walleye and Northern are the main fish. Food was outstanding! The staff is always waiting to help you. They will have your boat ready every time you head out. If… “Google Review”

Where Are We? How To Get Here...
-- Fly-In and Train-In Locations provided.
-- For Drive-In guests, we will provide detailed directions via private logging road.
-- Daily Commerical Flights bring you within a 3-4 hour drive away.

Questions or Booking Inquires:
Careers With Us! -- See Current Openings