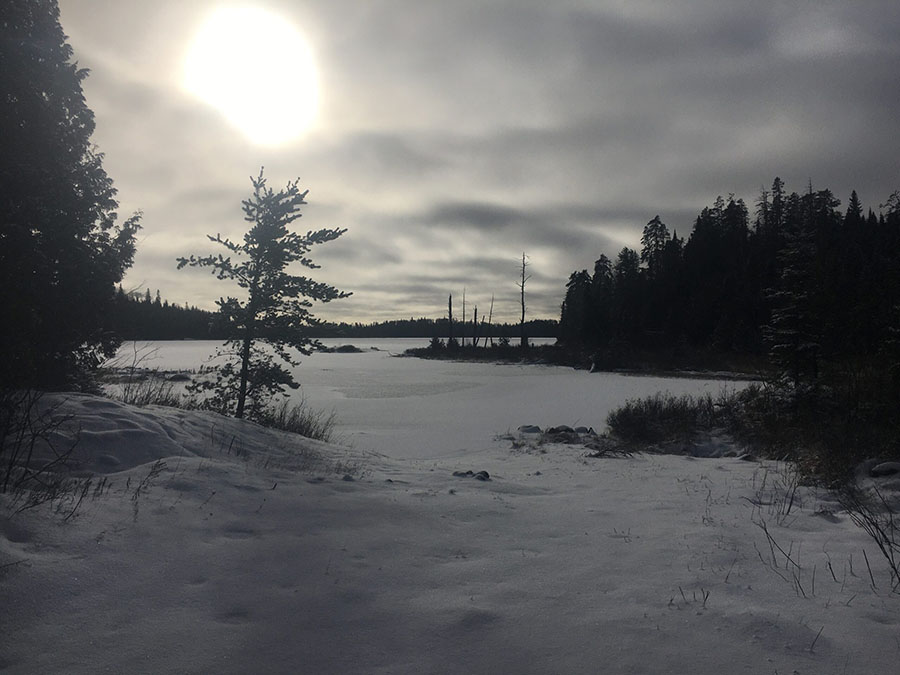 After another strange “not-quite-a-season” season, I’m once again getting ready for winter at Lochalsh.

Before writing about this winter, I want to take a moment to thank everyone who has been reading the blog over the past year. I do see the blog views and shares and comments each time, so I had a statistical idea of the readership, but this summer, I was surprised to speak face-to-face with many people who’d been closely following my adventures. Even new guests making reservations over the phone for the first time were inquiring about me (which was initially odd, then I remembered that I’d actually shared parts of my life publicly). You’ve all been so encouraging and I greatly appreciate your questions and comments.

At the moment, a warm front is passing through and almost all of the snow is gone– with only a little more than a week left before Christmas! Weather has been very up and down, making it hard to consistently do some outdoor activities. I’m holed up in my cozy house with tea and homemade bread as I write.

Looking Back on it All

It was another season out of the ordinary. I did work the regular season from May to the end of October and am grateful to have continued employment in an industry severely disrupted by the pandemic. Some lodges in northern Ontario didn’t open at all. 2020 was filled with its own twists and turns, but with no border opening, we didn’t operate many facilities and we focused solely on whatever large-scale renovations we could do. In the winter of 2021, we still didn’t know what to expect. We went about the hiring process at the typical time in February. We had a full staff hired, but as the pandemic worsened and restrictions tightened, most candidates understandably had to find other work.

It was like opening week every week. While the spring is always a time of uncertainty, with new staff arriving and ever-changing weather and lake ice restraining us, we were in a very unfortunate situation in May, not legally allowed to host tourists under a provincial stay-at-home order. That ended in early June. As always, we were daily anticipating the next announcement on the border, but there simply was no news and no pre-emptive date given. Finally, we received official word that the border would open on August 9th. We rushed into reopening Loch Island for the first time since September 2019. We managed to find a few more staff on very short notice, and I was greatly impressed with how quickly the new employees adjusted to the job. In ordinary times, the logistics behind keeping the lodge supplied are complicated enough.

This season, it was an adventure just getting basic items. Our commercial foodservice distributor constantly went out of stock on standard groceries. Shipping took much longer for other supplies. Outboard motors are still backordered through next year. We have a lot of spare parts around, thankfully. It’s nerve-wracking to know whether you can get what you need or not, so I had to make sure that I was well-prepared heading into the winter.

Last year, it was a challenge to stock enough food and find a snowmobile. This year, I wanted to purchase an ATV for the fall and spring months. After calling every dealership in northern Ontario in June, it became clear that there was nothing used nor new in stock— everyone was hanging on to what they could get. New machines would take a few months to be shipped. Classified ads offered little either. This meant having to make a generous payout on something new and hoping it arrived by October. The dealership that I ordered from made a mistake and didn’t order the ATV I put a deposit on, and this resulted in them giving me a discount on a Polaris Sportsman 570. It is a great machine, though. The snowmobile is running well (so far…knock on wood) and I’ve gone out for a few rides.

This year I do have a washing machine in the house! No more Little House on the Prairie over here. It was, of course, the last appliance of its kind available in the region.

I started stocking up food in September. I didn’t even open some of the rice, beans, and canned goods I bought for the winter of 2021, so I already had a base stock on hand, stored in plastic totes and buckets in the back room of my house. I’d followed prepper guides and calculations and estimated my weekly menu times 24 weeks. After doing bread-making and baking all winter, my flour and sugar supply were just enough to last until May, so I upped it to around 100 lbs. of flour. Conversely, I had way too many vegetables left in the freezer…I’m working on those gradually…

I’ve been experimenting with some new recipes and figuring out where I can make substitutions. I’m not a vegan or vegetarian by any means but I do find foods like soy milk or egg replacements practical considering how they store better than conventional dairy. I’ve purchased some more curious items like powdered cream cheese. I’ll let you all know how that goes.

I have Starlink internet at the house now (which is going to be installed at both lodges for the 2022 season!), and it will allow for video uploads. I look forward to filming my adventures and sharing videos; though I enjoy writing, I think it’ll add another dimension.

To keep myself entertained, I bought Nordic skis. I still love snowshoeing, but I want to switch it up every once in a while. So far I’ve managed to get in over 70 kilometres, which isn’t bad for the questionable snow conditions. It’s uphill on the way out  I splurged on classic skis with full metal edges, which are great for the hilly terrain here. Now, if only the snow would stay on the ground…

The foxes are still hanging around the property, hunting mice and squirrels. There are two younger red foxes who have been here since the summer. I haven’t seen the foxes from last winter yet, but hope that they’ll circle back at some point. They are quite sociable critters who love attention, snacks, and staring through the front window at 1 AM. You may catch them sniffing around on the deck of Cabin 1 on the webcam– at night they hunt around the cabins at Camp Lochalsh and then track up to my place.

Thanks (Again) and You’ll See Me Again Soon

I’ll be spending the next few weeks with family for Christmas so I won’t be posting again until January. In January I’m hoping for much better skiing and snowmobiling weather so that I can take the trails farther and snap more photos! If you have any questions or suggestions, let me know in the comments below!

Have a wonderful holiday season and a Merry Christmas!

16 thoughts on “Winter at Wabatongushi – Round Two!”