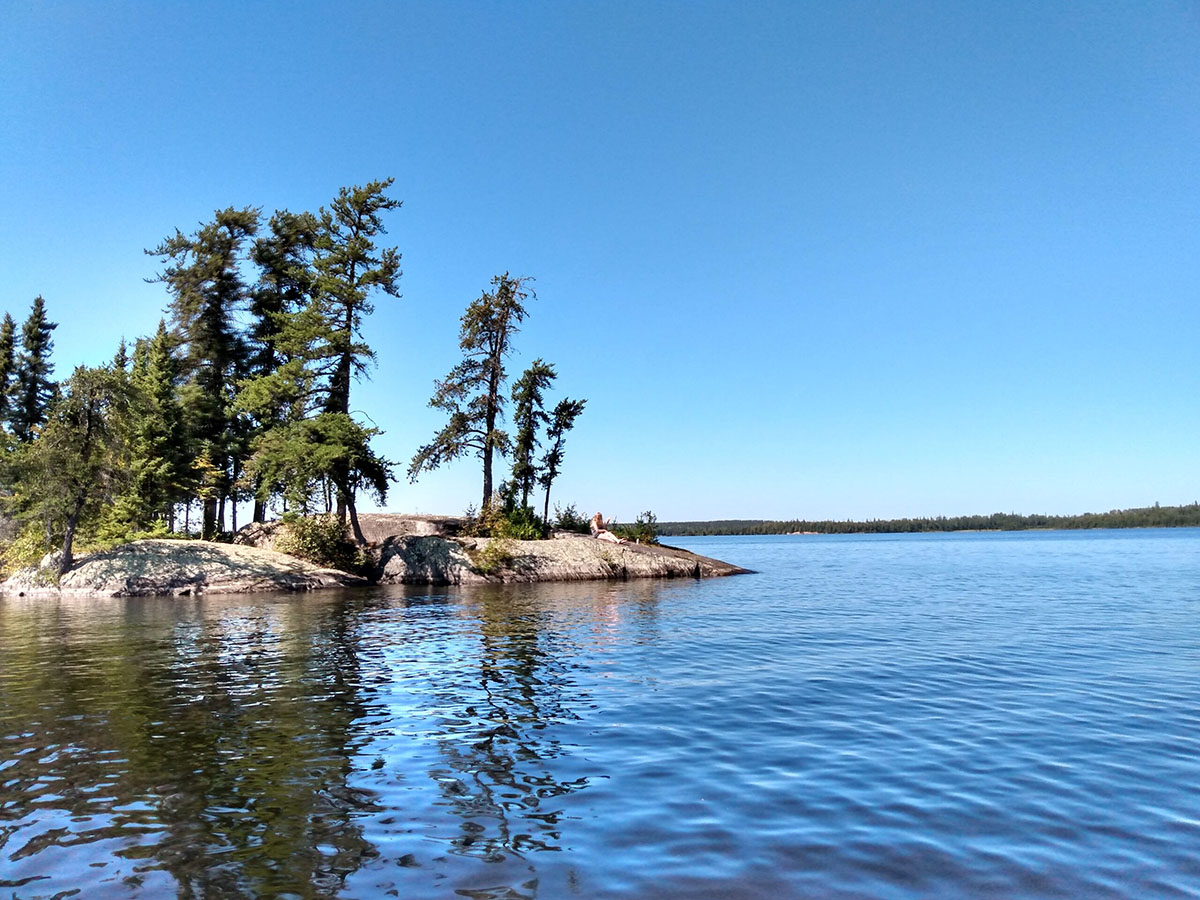 As the sun sets over Wabatongushi Lake and the loons make their last calls before heading south, it’s time to reflect on this season.

After facing two trying seasons filled with challenges unlike any other, we were finally able to welcome back American anglers on August 9. It was wonderful to see old and new faces around the lake. We had about half of our usual reservations booked in but it was still so encouraging to have people on Loch Island again. The weather and fishing were exceptional, providing great catches and above-average temperatures all the way through October!

Before we had a border opening date, we were already up at the lake with staff eager to keep busy. The past seasons have allowed us to do some major renovations on the properties that would otherwise be difficult with guests present. Guests who haven’t been up in a few years will be quite surprised to see how much we’ve done, and we want to share some of it with you right now!

We replaced the roof and the entire front wall of the Duplex (Cabin 4/5) on Loch Island throughout September and October. This was a major undertaking–– we had staff peeling and grooving logs, nailing the walls back together, and chinking and painting the final construction.

In late 2019, we were working on redoing the left side cabin at Sandy Bay. We’d re-shingled the roof and cleared out the interior, then the pandemic hit. This fall, we started to straighten out the cabin with cables so that we can get the project on track again. We have a wood stove in the cabin now and will be outfitting the interior next spring, and also replacing the dock.

A large amount of our work is not visible, as it is structural work required to maintain buildings throughout harsh northern winters. In 2020, we began the construction of a new pantry for the Loch Island kitchen. We finished that this summer, and replaced the laundry room floor. We also did structural work on our boathouse/staff residence on Loch Island. It was a rush to prepare for the August opening, but we did it!

As for fishing, August and September were chock full of very happy fishermen! Wabatongushi Lake has had almost two years without major fishing pressure, and we had a number of great catches!

This past season, we had minimal staff, but some familiar faces returned along with some really great new ones. Elorah and Jamie returned, both have been with us for many years. Newcomers Heather, Zach, and Liz started early and stayed through our busy time in August and early September. Halley, Boen and Benoit joined us in August and rounded out the team well. All in all we had a great staff and look forward to working with them all again next year!

Many people have been asking if we are doing any sport shows this season and the answer is yes! So far, we’ve signed up for two shows and are considering adding a third. We’ll announce all the sport shows we’ll be at in the near future, but for those of you used to seeing us at the shows, get ready to come on down!

Thank you again for visiting us this season, and for supporting the lodge in these challenging times. We look forward to seeing you in 2022!
— Andy, Amy and all the staff